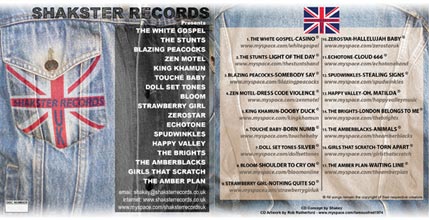 From May through to July 2007, various recordings were collected from local bands and artists involved in the burgeoning local music scene. With a sleeve design and much assistance from Rob Rutherford, the first Shakster Records CD was created where it was promoted both in Los Angeles, California and the home-town of Chelmsford, with all profits going to charity.

Upon returning to the UK, an advertisement was spotted in a local paper asking for bands to perform at a beer festival. From this advert' a meeting with Seabrights Barn in Great Baddow ensued, where Shakster Records emerged with the responsibility for booking the bands and running the first Seabrights Music Festival, which took place on 25th, 26th and 27th August 2007. All in all, 17 acts played over the three days in what turned out to be a hugely successful event.

November 2007 saw the beginnings of Shakster Records 2nd CD, culminating in a launch party in early 2008 - and the first of many Shakster Records gigs - in The Golden Fleece, Duke Street, Chelmsford.

After a long stint at The Fleece, Shakster Records moved to the other side of town and took up residency at The Two Brewers in Springfield Road, Chelmsford. The first Brewers gig was held in May 2008.

PANIC IN THE STREETS 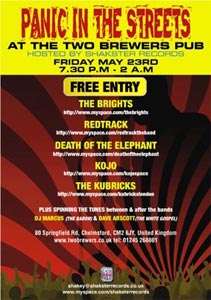 Panic in the Streets is an all-day music and entertainment spectacular held in Chelmsford each year. Events are held in a wide variety of music venues and pubs across the city throughout the day. Shakster Records played it's part of course, as Panic in the Streets kicked off 2008's series of events at The Two Brewers, followed the same weekend by an all-dayer at The Golden Fleece.

In August 2008, the much anticipated second Seabrights Festival was held featuring 22 bands and artists over three days. A commemorative t-shirt was also produced featuring the names of every artist appearing at the festival

After the sad demise of probably Chelmsford's only remaining rock pub The Bay Horse in Moulsham Street, the much anticipated annual Bay Day event looked set to disappear forever. To save the 2008 event, Shakster Records stepped in at short notice to host the event at The Two Brewers on two separate stages. Another success was noted, and Bay Day continues to this day carried forward on the momentum of that year.

Shakster Records continued to host gigs at The Two Brewers every Friday throughout Summer 2008, followed by a period of hosting gigs both Friday and Saturday from November that year.

From December, Shakster Records moved into the Bar 2 Brewers, the event hall outside the main pub. Renamed Shakey's, another successful series of local gigs began in a new venue... 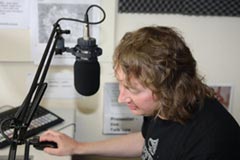 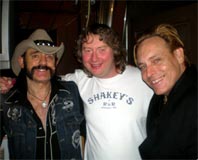 Shakster Records is currently hosting one-off live events at The Bassment - please see our What's On page for the latest gigs. Shakey also has his own radio show every Tuesday from 8.30pm - 10pm on Chelmsford Community Radio called Shakey's Sessions.

If you want to appear on Shakey's Sessions or just want to get in touch, please either fill out the contact form, or email us or simply call 07801 803 278. 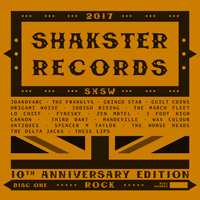 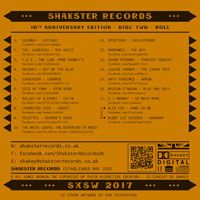 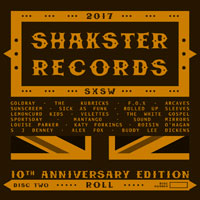 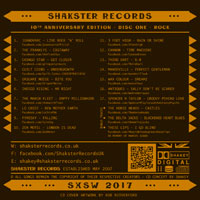 “Shakey is very supportive of new acts and will do what he can to help give them exposure. He promotes his nights well and always puts great nights of music on! Helen x”
Helen Connelly

“What could I say that everyone hasn't already said? Shakey is awesome and really cares about the bands he puts on, and does whatever he can for them to keep live music going. Cheers Shakey.”
Porcupine Kiss